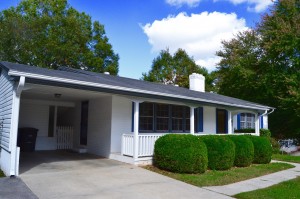 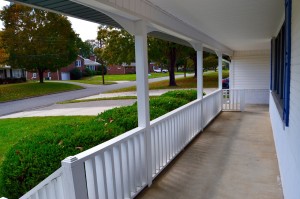 2819 Birchwood Dr Winston Salem NC 27103 is located on a corner lot with Redwood Ct running along the side of the house. Birchwood Dr is in the neighborhood known as Knollwood manor. Knollwood Manor is located off Bethesda Rd around the corner from Pancho Villa’s Mexican Restaurant on Stratford and the brand new shopping center including the new PDQ, new Starbucks, new Fleet Feet Sports, new Tijuana Flats, and new Neighborhood Walmart; to mention a few. The Hanes Mall is only five minute drive (or 1.5 miles) and Forsyth Hospital is about 4 minutes (or .9 miles). Going the other direction Miller Park is only a mile away and google’s estimated walk time is twenty minutes. While 2819 Birchwood Dr Winston Salem NC 27103 is very convenient to great shopping and interstate highway I-40 it’s also much less busy than many streets in the area for peace and quiet in the neighborhood. 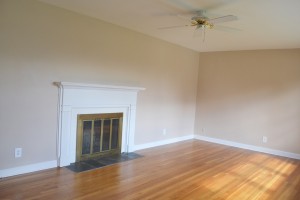 2819 Birchwood Dr Winston Salem NC 27103 is located in one of the most desirable neighborhoods and areas in Winston Salem, the coveted Ardmore. The growth of Ardmore came about as the textile and tobacco industries grew in Winston Salem. The Hanes family sold their tobacco business to R.J. Reynolds and invested in a textile venture. Opening plants on Marshall St near downtown, and eventually two plants on Stratford Rd.  While workers at the plants typically lived in Hanestown, the location of the plants on Stratford Rd and growth out from downtown encouraged the building of homes in what came to be known as the Ardmore area at the beginning of the twentieth century.

Ardmore is currently a popular area in Winston Salem because it is wrapped between several major arteries of traffic, shopping, and entertainment for the city of Winston Salem. One of the reason’s Ardmore continues to be preferred is because of it’s location between Wake Forest Baptist’s teaching hospital and Novant Health Forsyth Hospital. Doctors who are completing their residencies often move into the Ardmore area since the homes like 2819 Birchwood Dr. Winston Salem NC 27103 retain their value and can be sold when their residency is complete. The yards are small and easy to maintain (considering hospital hours) and did we mention all the shopping and access to highways! 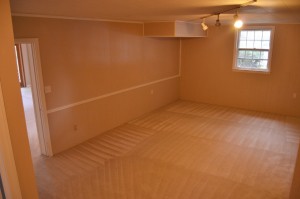 The thoroughfares that surround the Ardmore area are I-40, I-40 Bus/HWY 421, Silas Creek Pkwy, and Peters Creek Pkwy. Stratford is a central hub for shopping with groceries like Trader Joe’s, Whole Foods, and Harris Teeter (Publix coming soon!). There are also plenty of furniture shops, a wine outlet, restaurants, and many more! Stratford and Silas Creek cross paths with Novant Forsyth Hospital in one corner and Hanes Mall right across the street. We could also mention that The Carolina Crew’s office at the Winston Salem Keller Williams is nestled right off Stratford and Silas Creek. Ardmore is also popular because of it’s location to Winston Salem’s growing and vibrant downtown with great restaurants, entertainment, venues, and events throughout the year. 2819 Birchwood Dr Winston Salem NC 27103 is located nearest Stratford and Silas Creek’s crossing of US HWY 421/BUS I-40.

As you arrive at 2819 Birchwood Dr Winston Salem NC 27013 the open carport greets you from the driveway. The front porch hugs the home and provides access to the front door with protection from sun and rain. The house’s exterior is classic brick that has been painted a tasteful white with blue trim. The flower box under the living room window is open waiting to be filled with the new owners favorite flowers. 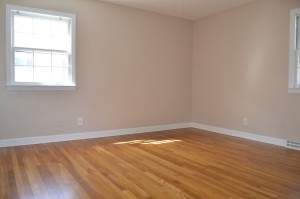 Entering 2819 Birchwood Dr Winston Salem NC 27103 from the front door the original and recently refinished hardwood floors catch the eye. The living room is to the right with a focus on the inviting fireplace and large window and flowerbox. To the left of the entryway is the dining room with another large window for natural light from the front yard. Around the corner is the homey kitchen with a door to the carport for ease of access when bringing in fresh groceries to 2819 Birchwood Dr Winston Salem NC 27103.

From the entry going up a half flight of stairs is the hallway to the bedrooms and baths. The Master Bedroom has plenty of room for a queen size bed and furniture. The master half-bath overlooks the backyard. Passing through the hallway with closets with storage space for linens and other supplies the hall bath is on your left before you reach the second and third bedrooms.

Going down a half flight of stairs from the entry the den is the first room you enter. With it’s brick fireplace the room is instantly cozy and warm, a great place to relax. Through the back of the Den is an large open room with lots of natural light. The double glass door opens out onto the back porch overlooking the fenced in yard. A great place for a grill and barbecue!

The home at 2819 Birchwood Dr Winston Salem NC 27103 also features a wonderful indoor storage or work space off the den. The current owner used this as a workshop for a professional hobby in woodworking and electronics. The smell of fresh cut wood still floats in the air. There is plenty of space for tools and handmade creations that are under construction.

Behind the carport and storage building, down the stairs of 2819 Birchwood Dr Winston Salem NC 27103 is a concrete patio. The patio is great place to store tools for the yard. The patio would make a wonderful space for outdoor couches, tables, and chairs for three seasons of the year! With the large sun room, porch, patio, and carport this home could be an entertainers paradise.

Is this the home for your or someone you know?

2819 Birchwood Dr Winston Salem NC 27103 was last purchased in the mid-90’s when the current owners decided that it would be a great place for them to raise their family. They have loved the neighborhood full of friends, but the time has come to sell and for someone else to enjoy this great home! There will be an Open House on October 17th from 1:00-2:00pm. To schedule a private viewing contact The Carolina Crew.

An error has occurred:

An attempt was made to request data that is not available to the key that was used to authenticate the request.API Error ID: 89A434BFE1524D70B83250A3F25F9C4F The API says: [The site you are attempting to access has been disabled] While attempting request to (https://api.wolfnet.com/core/auth).